Feeling spontaneous? It’s never too late to book a trip. Here’s our pick of the best last minute flights to Toronto...Estimated lowest prices only. Found in the last 14 days.

Want to fly non-stop to Toronto? We’ll help you find your ideal route.

Places to stay in Toronto 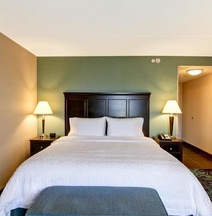 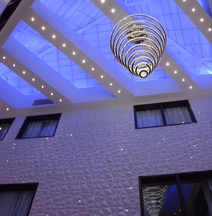 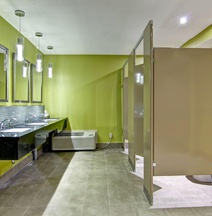 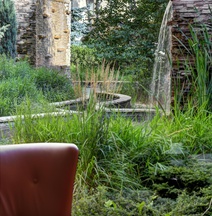 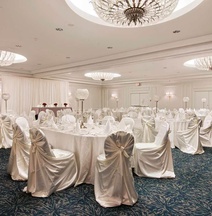 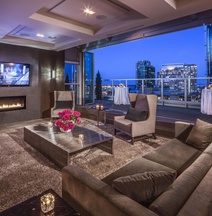 One King West Hotel and Residence 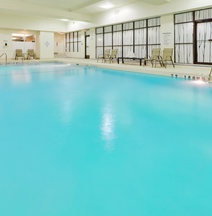 Fly to Toronto, a cosmopolitan and thriving city that sits on the banks of the beautiful Lake Ontario.

New York is a huge city, and is serviced by three major airports which all operate direct flights to Toronto.

For more information on each transportation hub, please click on the links and you can read on the amenities and qualities of each airport.

Arriving in: Terminals 1 or 3

Toronto Pearson International Airport is Canada’s premier transport hub, seeing millions of passengers pass through its gates each year. It has a comprehensive range of facilities that include cash machines, currency exchange, a counselling service, pharmacies, a porter service and fast, free WiFi throughout the airport.

While you exit the airport you can indulge in some shopping as this airport has a huge variety of designer and high street retailers, like Victoria’s Secret, Gucci, and Mont Blanc. The selection of dining options is also excellent, and you will be able to find restaurants, cafes, bars and snack kiosks all at your disposal.

Taxis can be found just outside the terminals, and you can take one directly into town. Though this is perhaps the most convenient way to get into the city, it is also the most expensive. Expect a journey into Toronto’s downtown area to cost around 50CAD ($51).

There are two different bus services you can take into town, both of which are cheaper than a taxi ride. The first is The Airport Express, which operates 24 hours, and runs directly into downtown Toronto, often stopping at major hotels in the centre of town. The journey will take you around 45 minutes, and costs about 30CAD ($31), depending on how far you’re going.

The most affordable way into town is to take the public bus services run by the TTC. Route 192 Airport Rocket, runs services to Kipling Station which is on the Bloor-Danforth Subway (one of the main arteries on the underground system). From Kipling you can take the subway right into the heart of the city. The TTC bus journey to this station only takes 20 minutes and costs 3CAD ($3), while a single fare on the subway costs 3.75CAD ($3.85).

Do you need a form of identification?

Yes, please ensure that you are travelling with your passport.

How long should you leave to get to the airport?

Generally you should leave 120 minutes for any international flight, as check in times can be longer than you think.

Things you need to know

Weather: Toronto experiences the stereotypical seasons of the year, pleasant springs, hot summers, crisp falls and snowy winters. Summers are generally considered the best time to go to the city, when lows are around 18°C and highs are typically 26°C. Winters should be avoided unless you are particularly hardy, they can be severe and drop to a record breaking -32°C!

Toronto is a far more reasonable city than the Big Apple across the board. If you want to go out for a meal, expect a three-course dinner at a mid-range restaurant in this city to cost 70CAD ($71).

Please note all information is current as of February 2016.